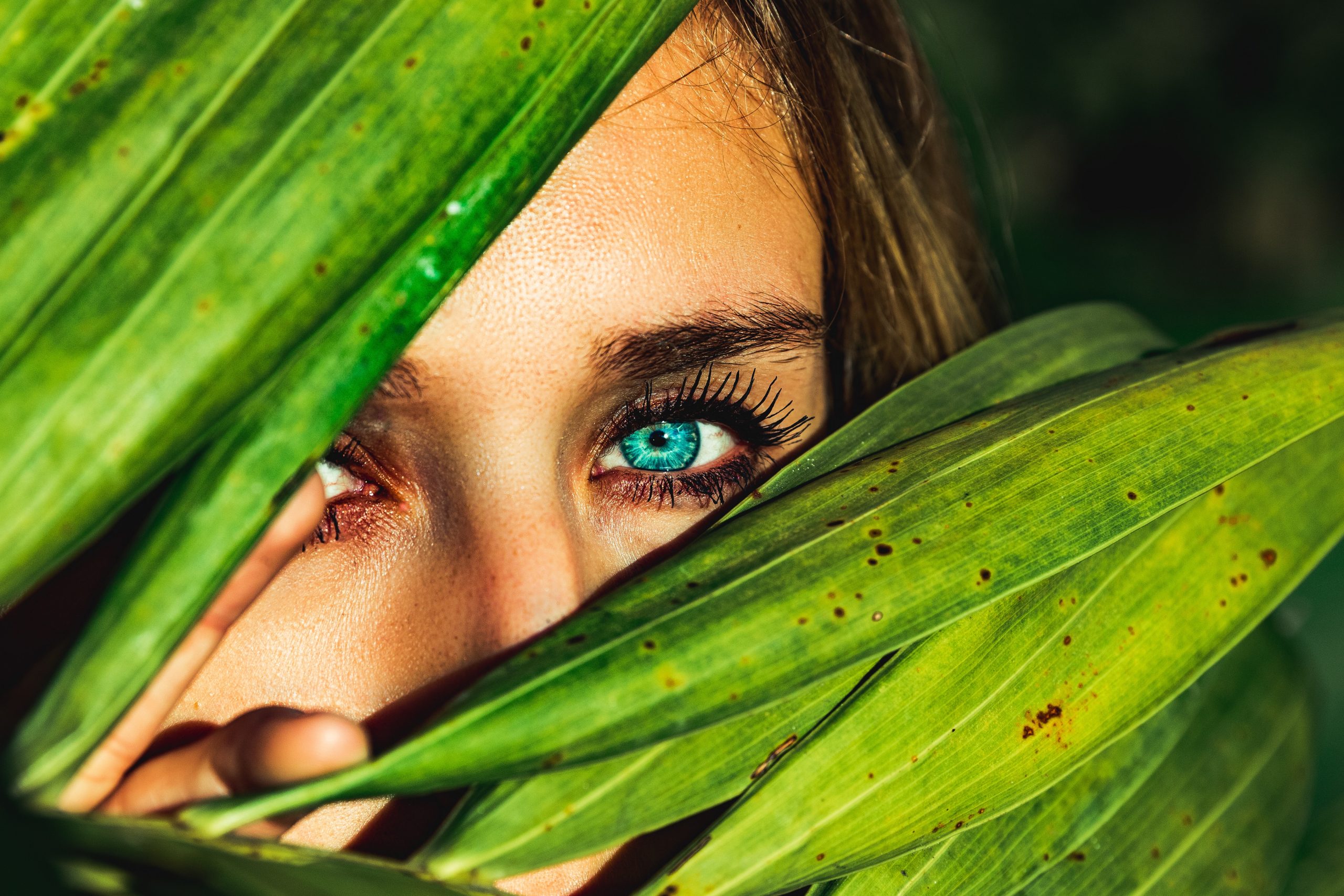 Real quick, before I share these tips, let’s get a little business out of the way. 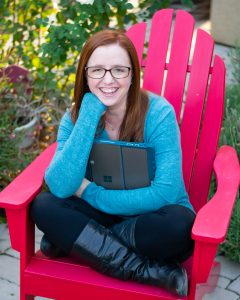 I’m Kelly Gabel and I am a multi-passionate entrepreneur helping women to create their Purposefull life. 💙
I am so glad you are here and taking the first steps towards creating balance in your work-life-passion.
Have we met? Since you clicked on this post about vocal auditions, I want to make sure you know that I also have the following blogs to help you prepare to NAIL your future auditions:

Learn the Secrets of My Confident Audition Routine
The Secret to Managing Audition Nerves
You’ll also want to grab my FREE Confident Audition Cheat Sheet where you will find my personal strategy for preparing for the practical and mindset aspects of auditions!
You should come join us in the Triple Threat Therapy Community on Facebook as well!
Ok, so now that you’ve started to recover from the shock I gave you at the beginning of this post, let’s talk about what this revelation means to YOU!
I’ve been coaching singers for over 15 years.
I’ve helped countless students discover and develop their unique voice, build confidence in their talent and in themselves, and have confident and successful auditions (and bookings!)
I also almost never started coaching singers at all.
I had convinced myself that I did not have the piano skills to coach a singer and that no one would want to work with me if I couldn’t play their sheet music perfectly for them. (that never ONCE became an issue BTW!)
I also do not have a degree of any kind.
I did study voice at Cal State Northridge, but life circumstances got in the way and I never finished.
Even after I started coaching despite my lack of amazing piano skills, I still felt (and sometimes still do!) like a fraud…like why on Earth would or should anyone listen to me when I don’t have some fancy degree? (Also has NEVER come up BTW! Not one student or potential student has ever asked me where I got my degree.)
Ok, so this still doesn’t seem to apply to you…or does it?
How many times have you told yourself that you aren’t good enough to make it on Broadway because *insert ridiculous reason here*?
I am only calling the reason(s) ridiculous because I would bet a TON of money that you are the only person who cares AT ALL about your perceived shortcomings.
So…
KNOCK IT OFF! 😜
I totally get it, you guys, but seriously…life is short and being the person who prevented you from achieving your dreams is something that will haunt you someday.
So let’s just address this right now and move on!
Here are just a few of the potential “ridiculous reasons”.
Let’s talk about how to get rid of them for good! (oh man, I am so tempted to insert a Wicked gif here!!)

Reality check…making it as a singer/dancer/actor is HARD.
Even in the best of situations, when you have all the right training with all the right teachers/coaches, you walk into that room and completely OWN your audition, and you have the resume to back it all up, you still might not get the part.
It’s so completely frustrating and, if I’m being honest, totally unfair!
It’s also a numbers game. We hear that all the time, right? It’s all about the statistics and the more often you audition, the better your chances.
Look, that is probably true but what if you don’t have time to audition all the time?
What if you aren’t trying to make performing your career but you still want to be taken seriously?
That’s me for sure! I have a career (not just a 9 to 5 that I’ve been doing for almost a decade) and I have HUGE goals for my life…and while I love being on stage, my huge goals aren’t about landing on a Broadway stage (ok, but if Broadway comes calling for me like they recently did for Colleen Ballinger, you KNOW that I’m there!).
For the longest time, the fact that my ultimate goals weren’t the same as most of the people I compete with at auditions made me feel like I had to get the callback or else everyone would think that I was an amateur.
Does that resonate with you at all?
Girl, I GET YOU!
Here’s how I combat this. I STOPPED CARING WHAT OTHER PEOPLE THINK.
I know…easy to say, not so easy to do…and full transparency here…sometimes I still fail at this.
The truth is, though, learning how to do this is the #1 BEST thing you could ever do for yourself…in life, but especially in auditions!

I already touched on this one at the beginning of this post when I showed you that list of super successful A-list actors who never went to acting school, but there is more to it isn’t there?
I personally have never been in an audition where the panel asked (or even seemed to care) about my schooling. I’m not saying that it isn’t important to train on your craft, of course it is! What I’m saying is, they want to see the FRUIT of your hard work, not the specifics.
If you clearly have the skills needed for the part, then they aren’t going to care about your degree.
I think, though, that when it comes to performing, feeling like a fraud is less about your degree and more to do with experience.
The panel does look at your resume to see past roles you have played so it is understandable to feel like a fraud if you are, say, going for a leading role but you have a resume full of chorus credits.
Here’s the thing, it takes time to build up a resume you are proud of. Every single Broadway star managed to book their Broadway debut with a resume full of non-Broadway credits. Every person who lands a leading role did it with a resume full of chorus credits, and you can and will do the same! **I’m sure there are some exceptions to this statement, but in the majority of cases, this is true**
My winning strategy for this: GIVE YOURSELF SOME GRACE!
We are SO hard on ourselves! Nothing happens overnight…and sometimes it takes YEARS! What matters is that you keep going (until it’s not fun anymore).
Just because you have this dream now doesn’t mean you always have to have this dream. It is possible that over time your values and goals will change, and that is OK! It does NOT discount anything you worked towards if you discover that you no longer desire that outcome.

Ridiculous belief #3: I JUST GOT LUCKY

Yes, this one says belief instead of reason…and there is a reason for that. 😜
Real quick before I go, I want to address one last thing that we tell ourselves that is getting in the way of our success.
At some point, you will achieve some measure of success. You will land a leading role, book a show at an amazing theater, get a callback for something really cool, etc.
You are super excited when you find out, and then you start to get in your head. You tell yourself that you don’t actually deserve that success, you just got lucky…you were in the “right place at the right time”.
My solution: STOP THAT RIGHT NOW!
Seriously! Think back on all of those past auditions where you did not get the part. Did you happen to see anyone handing out freebie leading roles to people who didn’t deserve it?!
Ya…me neither.
You worked hard. You never gave up. You freaking earned it!
Do NOT take that away from yourself.
Celebrate the CRAP out of it, be PROUD of yourself, and remember that you can and WILL do it again!
To Your Purposefull Life,

I am a multi-passionate Faith-based entrepreneur, empowering female #solopreneurs in their Business Process and Automation Transformation! 💙 View all posts by Kelly

I’m Kelly and it’s so nice to meet you! I started my first business as a side hustle over 15 years ago. Even before the world of online coaching blew up...